Never compare yourself to others 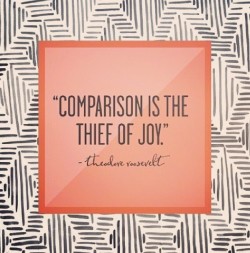 We compare ourselves to others despite being told ‘compare yourself to yourself’, ‘just be you’ or ‘just be content’ …if only!

As a trainer, coach and speaker – you may expect the fear of public speaking is something firmly in the past, after speaking in front of thousands over the years shouldn’t it just be business as usual? I would argue yes in most cases however not always!

Recently at a Professional Speakers Convention I found myself watching talented speakers ahead of me and thinking, ‘Wow she was good, he was really funny and…er… how the hell can I top this when it’s my turn to speak on stage’ and inevitably the nerves start to kick in and increase as my time came closer! I want to share what happened that day but also why it happens, so that we unlock both the reasons why we create internal storms within our own minds.

Of the hundreds of people we meet at the Academy almost every delegate will struggle with their inner critic, that voice that constantly tells us what is wrong with us. Whether it is not being fit enough, not rich enough, still single by a certain age, not a large enough social circle….it can go on in to every section of life especially in to the world of Public Speaking.

What happened at the convention?

As I walked up I had a realisation that all the speakers before me must have also compared themselves to speakers before them and will also worry about their own imperfections. I am not alone.

1. To compare is to be human

To be imperfect is to be human; it is humble and adds authenticity which we know adds value to a speaker – it should be embraced. That thought alone started to calm my anxiety and led me to quickly realise another truth.

2. Celebrate the fact you are trying

Connected to this drive for perfection is the lack of respect we afford to ourselves for trying. How many times have you applauded, acknowledged or even rewarded someone for ‘having a go’ or ‘just trying’. Ask the same question of how many times you acknowledge yourself – and it is likely that you are missing this trick significantly. We do take ourselves for granted.

As I walked to that stage I realised the value of being invited to speak, the fact I had an audience that was applauding and most importantly that I was there making the effort to engage them – surely that itself is enough to be proud of!

Saying to yourself- ‘well done for trying’ is unusual but was personally inspiring and instead of being my worst critic I was now my own supporter. It changed the way I felt and that positively impacted how I spoke on stage.

Suffice to say that the two key strategies were transformational for me. I delivered a successful presentation and achieved my objectives but as I returned home that evening I reflected on the why.

Why do we hold the negative thoughts right to the point of no return especially when it comes to public speaking?

Whether it is Public Speaking or just everyday life – so many of us are fooled in to believing that by beating ourselves up, by being tough, by being cruel to be kind we will somehow achieve more, live better and finish in a better place. Unfortunately that negative line does not help you deliver your potential but in fact yields more self doubt and adds to the struggle. Therefore it is your ability to be your biggest friend not your biggest critic that will in the end change nerves and natural fears to positive excitement transforming challenges of the stage in to opportunities to shine.

Ready to take action? See our next set of programmes here.